New look for the New Year - Repainting at Kampung Melayu 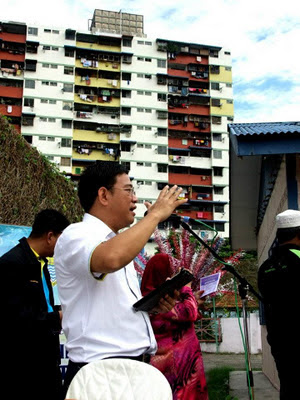 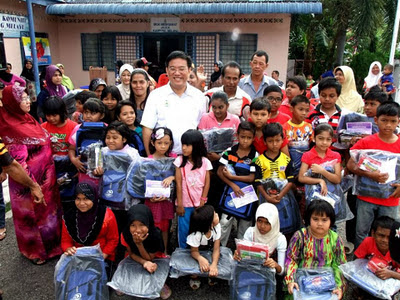 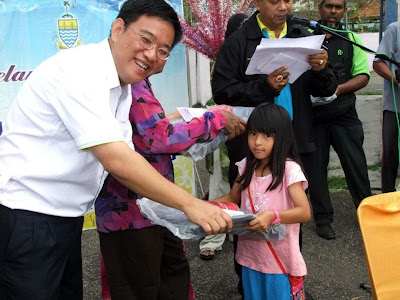 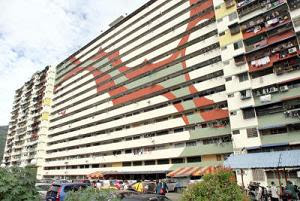 New look for the new year

“Much of the exterior has already been repainted, and work on the interior is expected to begin soon.

“The 15-storey flats’ block al-ready looks much better than before,” he told reporters after visiting the flats.

The repainting work had started on Oct 24.

“They liked the bright colours which enliven the atmosphere.

“Some even joked that the flats look like an army barrack due to the combination of colours,” said the retired civil servant, who had lived in the block for more than 30 years.

The state government is footing 80% of the RM270,000 repainting cost while the rest comes from public donations.

The Kampung Melayu flats consist of Block A and Block B that were built in the early and late 1970s respectively. Both blocks have about 960 units.

The blocks had undergone RM1.13mil rewiring works along the corridors which were completed in June.

Each of them received a bag, a set of school uniform, stationery items and a shopping voucher worth about RM200 in total, sponsored by the Penang Zakat Ma-nage­­­­ment Centre.

The distribution was held at the Kampung Melayu JKKK community service centre on Saturday.

She said the timing was just right as the new school term would reopen tomorrow.

The restaurant helper accompanied her daughter Nur Athirah Abdul Halim, 11, to receive the contribution.
Posted by Wong Hon Wai at 12:58 AM